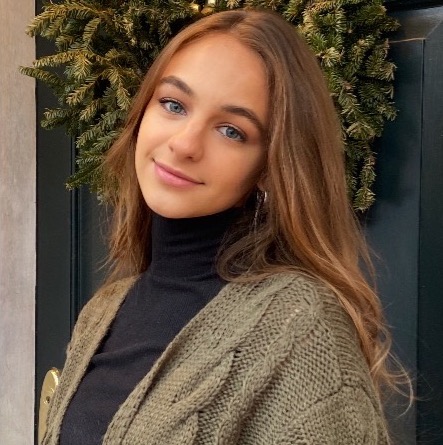 You know the magic that happens when you work with awesome people? We think it’s everything, and we love working with folks who bring that kind of chemistry into our days. As often as possible, we sit down with one of these execs to talk about startups, the future of their industries and whatever other topics pop up.

Coming up on his seventh year at the Bureau of Digital, owner Carl Smith has worked to create a uniquely wonderful community for digital leaders to “grow, connect and lead.” His passion for helping others, drive to continuously learn and ability to crack a good joke have brought him to where he is today. The Bureau of Digital is a private community designed to represent digital agencies across the board, connecting communities and providing the space and resources to grow.

1. Who or what inspires you on a daily basis to continue leading and “Building a Community of Badass Digital Professionals”?

Many years ago, my daughter Elissa asked me, ‘How do you want people to remember you?’ I said that I want people to remember me as someone who was successful but didn't have to hurt anybody to get there. Over time, I learned that this is how it scales: I don't have to help anybody, I just have to put people who can help each other together and create a space where they feel comfortable enough that they can do it.

Seeing people help each other every day and knowing that I made that connection is a huge part of what inspires me. For example, I recently received a direct message from a company owner who is a Bureau member in which he said, ‘I just walked by my CEO’s office, and she is having a conversation with another Bureau company. They are talking shop and you did this. You should feel really good. You helped her find somebody who can help her do her job.”

2. You’ve demonstrated that advocating for change is something that is important to you. How have you individually, or the Bureau of Digital community as a whole, worked to make change for the better?

Personally, by evolving to be aware of all the systems in place that have helped me and have held others back. Also, having really good diversity coaches who are now friends - Jahan and Boyuan at Project Inkblot. They’re people I can lean on when I know I’m going to make a mistake, and they’ll tell me to make the mistake anyway. The only way I’m ever going to change anything is when I allow myself to be uncomfortable. But, how do we change the underlying makeup of the organization so that the change cannot only take place but take root and grow? Changing our language, understanding that we have to call things what they are. That is still, especially as a middle-aged white male teetering towards past middle age, really hard. There's a lot that's ingrained in me that I have to unpack and work through.

From the Bureau's perspective, the community is able to take it further than I would alone. I’m running a channel in Slack that used to be “DEI” and is now “DEI anti-racism.” We hosted an event called Beyond Diversity which helped people build a stable foundation for real change, not just a diversity plan.

Most recently, with the help of Bureau members, sponsors, speakers and attendees, we raised $10,000 for the Beyond Diversity Fund. Now, we’re working to find BIPOC and LGBTQ+ leaders who run a digital agency that we can support.

3. The Bureau of Digital is known for hosting frequent, inspirational events for digital leaders. What do attendees gain from these that they would not get elsewhere?

It evolves as they are part of the community. When their membership starts, they get accelerated success. Most members have a lot of questions, and they join this community where people jump in to help by providing answers, sharing contacts, etc. They become a part of a live conversation where maybe there's not an answer, but there are sympathetic voices and some tough love. They can tell them the truth as they see it, it's a community of ideas and support. They also get friends who understand what they do.

You get a level of support that goes way beyond helping somebody understand a job description, they're helping to save the jobs. We even watched a company survive a layoff. One company shared with the community that they were struggling and a member offered to hire that company’s staff for three months because they needed support. So that member paid their salaries for those three months and the other company was able to get back on their feet.

Extending beyond these events, the Bureau itself is an ecosystem. The relationships are everything. I’ve seen Matchstick Legal, Summit CPA Financial Group, and Promethean Research all give openly of their advice and get great opportunities within the community in return.

It’s getting back what you give.

4. How is the Bureau of Digital impacting the industry and the digital agency space?

The biggest digital agency origin story is that somebody was in a band and the band needed a website. The bass player gave it a go, another band wanted what they had, and before long, the bass player quit the band to start building websites. Three years later, the bass player has 12 people working for him and he’s terrified because he’s not a business person, he’s a bass player. Until about 2012, all of these shops were just craftspeople, but they were building great websites. In 2012, you started to see business people take advantage because they saw a market. That's when “digital agency” became a term.

When I joined the Bureau, I was working at a shop and I had no concept of where we fit in comparison with the other shops. Once I got to sit with them as part of the community, I realized where we were. There were things we were better at than they were, mainly culture. There were things that we were much worse at than they were, like financial literacy.

This year we're formalizing that opportunity to know your place in the field through partnerships with Parallax, Summit CPA and Promethean Research. We're creating the Digital Agency Maturity Model, aka DAMM. Digital agencies are going to be able to see exactly where they are in their life cycle. The model will not just be based on size. It will look at culture, financial literacy and legal strength.

For us now, we want to take a look at all of those people who started in the late 90s up through 2012 just to say, “Here's where you are, here's how you get where you want.” For me going forward, our main focus will be: How do we share the knowledge that we've learned from thousands of owners so we can help the next one that comes through the door?

5. Tell us a story of a time you struggled or hit a bump in the road, and how you handled the challenge.

For the Bureau, COVID derailed everything. At the end of 2019, we had received a half-million-dollar loan from American Express. Then in March, it became apparent that things were changing. In April, we suffered a $70,000 loss as people requested event registration fee refunds. I told the team, “Look, it doesn't matter if I have to put it on a personal credit card, we're not going to be the reason anybody loses their job,” and we refunded the fees.

When word of our struggle got out, the community helped us tremendously. Rob Harr, vice president at Sparkbox shared a video about what the Bureau meant to him and how the community helped Sparkbox become what it is today. When I saw the video I cried, I did not expect it. Then the second, third and fourth videos came out until there were about 15. In the first few days after the videos were published, the number of video shares skyrocketed. All of a sudden we had a $17,000-day in new memberships. People were showing up to say, “What can we do to help?” Because of this, we were able to survive.

I also want to thank David Baker because he called me during this time and said, “Hey, I know you're in pain, I can see what's going on. I’ve got this cabin just outside of Nashville if you want to spend a week there just figuring your shit out.” So I took him up on that.

We began to rethink everything about how we operate. We realized we have to be a membership organization, we cannot be an events organization. We also had to improve our virtual events. Once we shifted focus, within one week we were able to schedule almost 70 events by reaching out to past Bureau event speakers. We reached more people in 2020 than we ever did with our in-person events in previous years, and membership kept growing.

The biggest challenge was surviving the pandemic. All of the goodness that we had put into the community from 2012 to 2020 came back in waves from the community lifting us up and I’m so grateful for that.

6. What’s something you’re reading, watching or listening to that has sparked joy for you recently?

Back to Elissa, my daughter who's now eighteen. Last night, we started watching Danganronpa, an anime. It's one of those things where because I love Elissa so much, watching it inspires me because it shows me what inspires her. And that, in turn, just tells me so much about our relationship.

7. If you could give your child self any piece of advice, what would it be?

That no one moment defines who I am.

Happiness is not the goal. Stability is the goal.

Being able to see things for what they are and realize that it's the relationships that you make while you're going through life that are going to carry you on.

8. What are your hopes for the Bureau of Digital’s future? How would you like to see the community grow in years to come? And, what are your personal hopes?

I would like to see the Bureau develop more self-organization and be able to define itself. My ultimate goal was to create a self-sufficient and self-propelling entity.

With close to 700 members, not everyone is going to know each other. But, if they can self-organize into subgroups, that allows them to lift each other up to move forward while leveraging the strength of the full group. For example, there is a self-organized biz dev accountability group that gets together once a month to ask, “Did you do what you said you were going to do, what happened, what are your challenges?”

Personally, my hope for my future is probably to have fun. I would love to ride this into the sunset. This is the third phase of my career. In the first phase, I worked for the only boss I ever had, one of the smartest people I’ve ever met, Melanie Husk. She taught me so much about who I am. The second phase was running my own company, nGen. I worked with Melanie for 14 years, ran nGen for 14 years, and now I am close to 10 years with the Bureau. This third phase is really about sharing what I've learned and being able to ride this wave of collaboration into whatever happens next for me.

Be sure to follow the Bureau of Digital on Twitter and register for the newsletter to get the latest insights, updates, tools and tactics from the Bureau community.