8 Questions with Claire Lew, CEO of Know Your Company 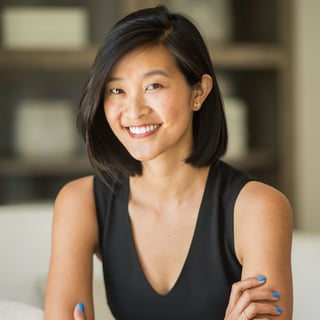 Claire Lew is the CEO of Know Your Company, a software tool that helps companies with 25 to 75 employees overcome growing pains. Previously, Claire ran her own consulting practice called ClarityBox to help CEOs uncover blindspots in their companies and get to know their employees better. She'd felt the pain of working in a company where Know Your Company didn't exist. Since then, she's made it her life's work to help others avoid feeling the same way.

1. Who has influenced you the most?

First, my parents. They always told me, “Whatever you do, whatever it is, just work hard and you can do it.” I hear their voices in my head, and now it’s my own voice, but my parents instilled it. Second, my grandfather was a four-star general in the Korean army and an ambassador to the U.S. When Korea was occupied by the Japanese, he helped the country rebuild itself. His sacrifice inspires me. And finally, Jason Fried, the CEO and co-founder of Basecamp. Had he not taken a chance on me, I wouldn't be CEO of Know Your Company. I appreciate his way of thinking, his calmness and his respect for the people he works with.

2. When and where did you start out, and how did that experience shape you?

My first company was The Starter League, which taught people how to code. I was student body president at Northwestern and interning at a VC firm when we started this company. After that, I went to an early stage e-commerce startup. It was a small place, only six people, and I hated my job. As an employee, I didn’t know how to create change from the bottom; I had feedback to give, but I didn’t know how. So, I decided to try and solve this problem. I built a consulting practice, and my first client was Basecamp. At that time, they were building a product around this problem, and Jason Fried approached me about spinning the product out into a company, becoming CEO and splitting ownership. That was the end of 2013, when Know Your Company was born.

I want to help as many business owners as possible create open and honest work environments. We recently hired a new Chief Technology Officer, so I can focus more now on marketing and growth. That growth is all about, “How do we make a bigger impact?”

4. You focused Know Your Company’s marketing efforts on speaking opportunities for the first two years. Why?

It let me talk directly to small business owners, so it was a great way to test and evolve our messages. I had some hunches about what would resonate with people, but that is nothing like being in a room, seeing people’s reactions and then having them come back and say, “I loved the part when you talked about…” The brand awareness we created through speaking opportunities set the stage. It’s like the comedian who starts off in small clubs and then moves on to an HBO special. First, you have to get to know your audience and see which jokes they laugh at. When we expanded our marketing into content and media in year three, so much of it came from those conversations I had after speaking engagements.

5. What’s at the top of your wish list for your industry?

I want open and honest communication to be the norm. I want to help build a world where it’s not just innovative, enlightened CEOs who are doing this – it’s just the thing leaders do. They ask for and act on feedback, and they’re comfortable being vulnerable as leaders.

6. As a CEO, what keeps you up at night, and what gets you out of bed in the morning?

A lot of stuff used to keep me up at night: Am I doing good enough? Did I let someone down? Am I not thinking enough about our competition? Those questions were in my head a lot during the first year of the business. Now, almost nothing keeps me up at night, because the way I evaluate what we’re doing has changed. Today, the questions are: Did I do my best? Was I a good person? If I can say yes, everything else melts away – any mistake, technical problem, even losing an employee. Because of that I can sleep at night.

I always remember what it felt like to be an employee and not be able to speak up. It bleeds into every part of your life when your work isn’t going well. I remember it vividly, and that’s what gets me up in the morning. Because there are probably a million people who feel this way.

I’d be painting and teaching yoga.

I have two main categories of things I read. The first are books around the topic of helping people communicate better and building great company culture. I just finished “Turn the Ship Around” by David Marquet. The other segment of books are those that help me get calm or see different perspectives on mindfulness. I’ve gotten so much from Thich Nhat Hanh’s “Miracle of Mindfulness” and “Peace is Every Step.” There’s great stuff there about: How can I slow everything down? How can I be purposeful?