8 Questions with Charu Sharma, Go Against the Flow founder

You know that magic that happens when you work with awesome people? We think it’s everything, and we love working with founders who bring that kind of chemistry into our days. Every month, we sit down with one of these execs to talk about startups, marketing, the future of their industries, world domination and whatever other topics pop up.

Charu Sharma is an explorer, entrepreneur, author and founder of the Go Against the Flow movement. Through her book, documentary film and Huffington Post Q&A series, Charu hopes to inspire 1 million millennial women to start their own companies in 2016. 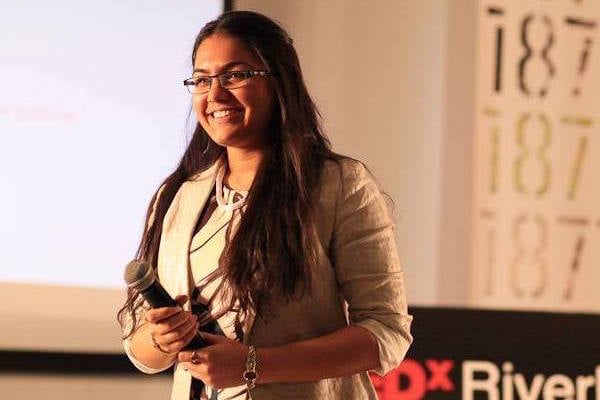 What follows is an abbreviated transcript of our conversation with Charu:

Go Against the Flow started in bits and pieces. Today there’s the documentary, the book and the Huffington Post column all under the same umbrella, but the idea started when I was in college. I was very lucky to end up in the startup world and to have mentors in that world, but most of my friends did not, especially women. They were aiming for marketing or consulting jobs. I wanted them to be aware of the possibility of creating revenue-generating businesses for themselves. There are so many successful female entrepreneurs out there, but they needed more visibility.

I started cold-calling female entrepreneurs to ask them to participate. One of the first who agreed was Sarah Wood, founder of ad tech firm Unruly. When I emailed her, she wrote me back within an hour and said she could meet me in New York that night. I skipped a class, got on a bus and spent 30 minutes pitching her on Go Against the Flow. I tried the same thing with Arianna Huffington – just a cold email. She was too busy to participate, but she suggested I use the Huffington Post platform to share Go Against the Flow blogs, and that’s how the column was born.

It was natural to me to take all of these great contacts and stories and share them through visual media. I put in all my savings, launched a Kickstarter campaign and got a grant from LinkedIn to make this documentary. We went around the U.S. interviewing female founders from companies including CloudFlare, Women 2.0 and others.

The whole movement is about inspiring women to make choices for themselves. I wanted to create awareness that entrepreneurship is a path they can consider.

There are different metrics: how many women in the target pool am I touching at colleges, high schools, early professionals? How many people attend screenings of the film? How many people attend the events on the book tour? How many people are reading the articles? I also weigh the support I’m getting from champions. For example, the Google and LinkedIn offices in Singapore asked us to bring Go Against the Flow to them and asked how they could help. An independent film distributor in New York reached out to me about getting the DVD to college campuses. Everything that leads to distribution and visibility is important.

The project has primarily been storytelling so far. When that ends, I want to find partners who can continue the momentum at a grassroots level. For example, if a college student is inspired by the film, that’s great, but then what? I want to find partners who can provide one-to-one mentorship to keep the inspiration going. We’re also looking at creating a scholarship fund with MassChallenge, which has a focus to get more female entrepreneurs in their pipeline and get them more access to capital.

I’m so, so excited. Now is the best time for women to start their own businesses, but there is still so much work to be done. In Silicon Valley, every other person I meet has started a company. That’s not true across the country. I want to spread this message that young women who see a problem can solve it in so many different ways – you can go work for the government or for a big company. Or you can start a business, where you’ll have ownership of what you’re doing. That creative control is fulfilling.

Take a deep breath and do it. It’s a lonely path. A lot of people say that, and it’s true. You are determining your own success. In a corporate job or in student life, if you do A, B, C, then you succeed. In a startup, this certainty does not exist. You’ll get mixed opinions and you’ll have to believe in yourself to decide what to do.

I’ve had several wonderful male mentors, but I think it’s important to have female mentors, as well. Having female mentors makes me consciously think about women-specific life choices, rather than overlooking them and then not tackling them.

We interviewed the founder of Catalyst, a non-profit in New York. She says women go through a Goldilocks Syndrome: either you’re fun, nice, supportive and, hence, incompetent, OR you’re a strong leader and, hence, unlikable. Young women care a lot about being liked. We care a lot about what people think, especially what men think. Sheryl Sandberg talked about this in her TED talk. Nobody gets up in the morning and says, “today I will go to work and discriminate against a woman.” But lots of decisions get made based on that syndrome.

When I interview women for Huffington Post about whether they want more female entrepreneurs, many shy away from the question. They don’t want to affect their personal brands. This goes back to the Goldilocks Syndrome I mentioned. That’s the next problem I’m trying to solve with an idea I’m developing now. I want women to feel they can be authentic at work.

Get “Go Against the Flow” now for your Kindle or in paperback.

8 Questions with Chris Heivly, author of “Build the Fort” and managing director of The Startup Factory

8 Questions with Chase Garbarino, CEO and co-founder of VentureApp

The parent trap: How to enjoy an effective, guilt-free work-life balance

by Mel Rubbelke
READ THIS ARTICLE

Ready to work with a strategic, senior team?

Customer-driven and data-informed, our senior marketing and PR teams work with clients that value communications and marketing as a leadership function. We want to make a lasting impact on your business. At Metis, you’ll experience a highly personalized and responsive client experience, regardless of budget and scope.